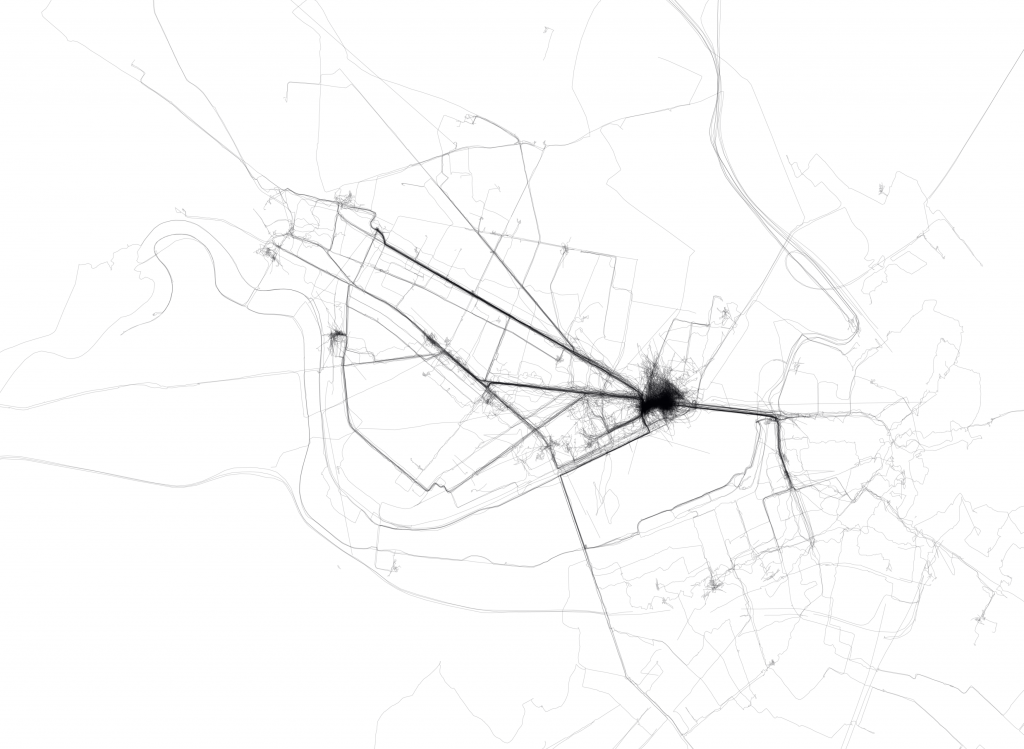 I could have also said: “All the places I went last year”, but it would not be that accurate. Instead of yuxtaposing the raw gpx tracks, I found that giving them a transparency they would tell the story better. The black spot is the consequence of not turning on the GPS in closed spaces (noise).

Note: It might be a little bit to intimate to show all this traces, but it looked so nice that I had to post it. Years ago I did a similar map drawing with a pilot every movement I made on a Madrid touristic paper map. I never published it. Different tools, same story.

0 thoughts on “My GPS traces from last year in Cambridge”