Now, coding newspapers front pages is easier than ever. You don’t need to have any programming skills to do it.

Not so long ago I was uploading my first script in github that allowed others to go to the process of scraping, downloading and scraping front pages of newspapers. It was kind of complicated, and almost no one did it until the end (thanks Ahmd). You needed to run it in Processing, and code it in Inkscape.

Half a year later, after a busy summer working with Ahmd, we can present a beta version of the online version of PageOneX (http://pageonex.herokuapp.com) We’ve launched it in heroku, before its definitive deployment at pageonex.com

Report bugs and suggestions
Try to create your own threads and report bugs at http://bit.ly/pageonextest

Find more info about the project in the PageOneX blog or fork the code  https://github.com/numeroteca/PageOneX

In the following images I am comparing the “old” method with inkscape whit the new one.

Compare the old a new tools
Below you can compare the two methods applied to this thread about the #15M mobilizations, indignados movement, on May 2011.

The PageOneX online method (runs on Ruby on Rails)
http://pageonex.herokuapp.com/users/Pablo/threads/15m_social_mobilizations 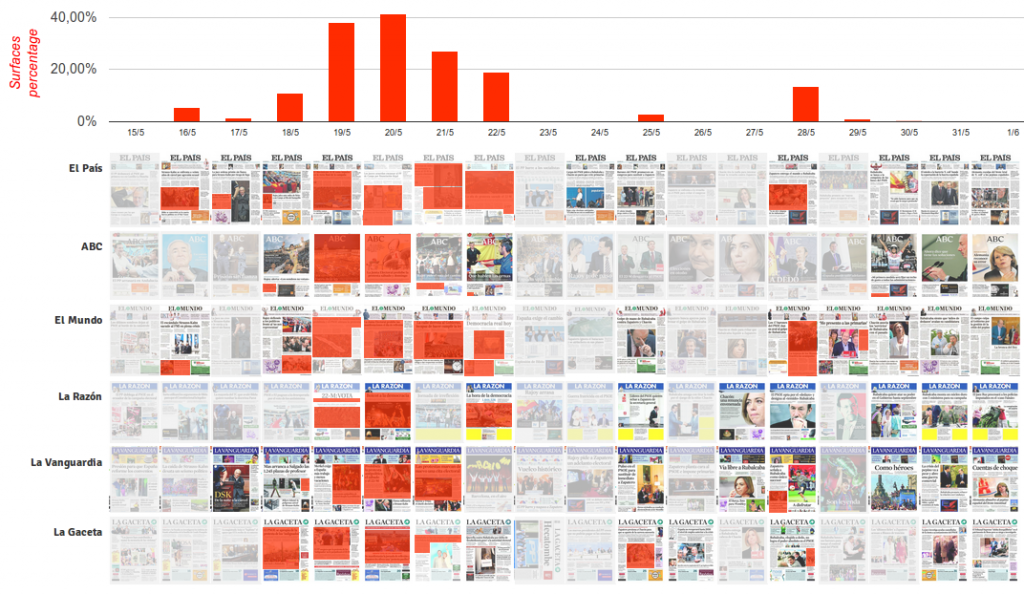 The former method (runs with Processing and Inksacape) https://github.com/numeroteca/PageOneX
In this case also twitter data are included. 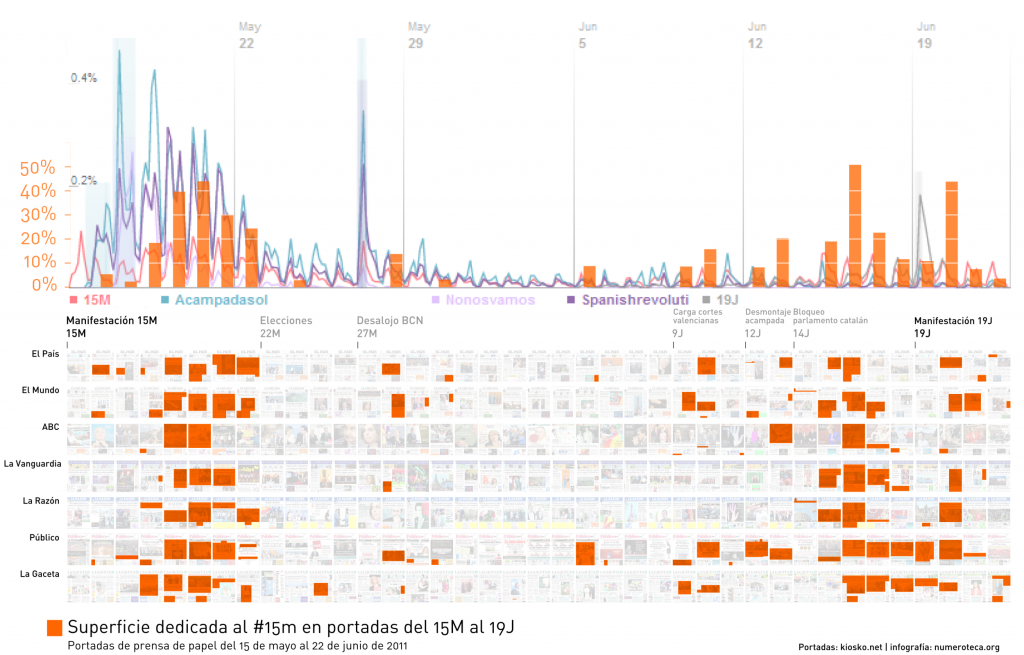